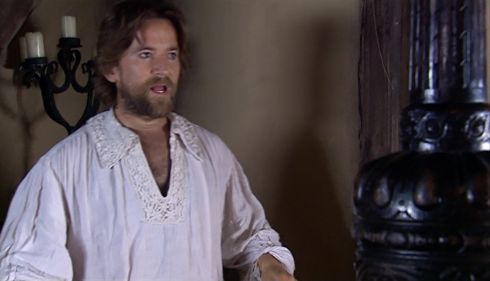 Over the course of the last year, my daughter has been discovering the power of the figurative.  Hills that had seen snow were ‘covered in icing sugar’, and of a classmate’s efforts at passable front crawl, she somewhat surreally said, ‘he looked like he was trying to catch a fish that was dangling from the sky.’  The development of and shifts in a child’s linguistic and expressive abilities are endlessly interesting.  In my daughter’s case, perhaps especially entertaining in her early years were the logical but incorrect inferences from what she had already learnt – versions of words that made sense to her but weren’t strictly speaking English.  Irregular past participles regularised, and nouns turned into verbs, like ‘blooded’ for ‘bleeding’.  Looking at the extinction page of her dinosaur book: ‘Ah, this is the deading time of the dinosaurs.’  She also used to say ‘is it reald?’ meaning ‘real’, and that always made my heart melt.

And now all these similes.  Perhaps it is the effect of being encouraged to vary her language when writing stories at school, and to use ‘wow’ words.  Perhaps she hears her parents and others doing it and is trying it on for size herself.  Perhaps she is simply and unselfconsciously extending the range of her expression.

‘I look like Shakespeare in this shirt.’  She has on a collarless white cotton shirt with thin blue stripes.  What she means is that she looks like Shakespeare as portrayed by Dean Lennox Kelly in an episode of Doctor Who back when David Tennant was at the controls of the TARDIS.  And even then, it’s a stretch.  But this is the shirt she dons for special occasions – a meal out at a restaurant, or when one of her friends is having a party.  She dresses up as Shakespeare on red letter days; the kind of day when Doctor Who travels back in time to find Will penning the sequel to Love’s labour’s lost, in which it is of course won.  Or rather, would have been, but for the intervention of three alien witches straight out of Macbeth via the Fourteen Stars of the Rexel Planetary Configuration.

‘One of my toenails looks like a ship.’  I put my head next to hers and look at the toenail from her perspective.  She’s not wrong.

She sniffs my upper arm though my shirt.  ‘You smell of grease.’

‘No, I mean Greece the country.’

I’m not quite sure how I achieve such an effect.  Possibly through a diet high in Mediterranean foodstuffs, or through having read the Iliad, if not the Odyssey.  But it’s not as if I ooze ouzo.  From subsequent conversation I take it to be a smell that she likes, and she knows whereof she speaks, because we have been to Greece, and smelt the smells of sun-baked pines and meltelmi-rustled vegetation.  I know I don’t always smell as sweet to her.

Perhaps most inventive of all, on waking one morning recently and feeling a bit peaky, she groaned, ‘I feel mango’.  That fruit being the one food which is sure to make her throw up, every time.  Almost certainly she’ll use it when she wants to bunk off school as a teenager.  Having read up on mango allergy, the allergen is apparently in its skin, and tends to manifest itself though touch rather than the eating of the fruit, juiced or otherwise.  So it may be that an association has been formed from one instance of being sick after eating it, and that that is the problem rather than the allergen.  Or possibly it is a reaction to the protective chemical which I’m told is routinely sprayed on mango trees.  Or it could just be that she hates the taste, I suppose.  I like the fruit myself, but I think whenever I’m nauseous in future, what I’ll say is that I feel mango.

Where the simile leads, metaphor will one day surely follow.  Her uninhibited use of language is a constant source of surprise and delight.  She’s already proficiently turning out neologisms when they suit her needs.  In a story she wrote outside of school – she is exhibiting worrying signs of having inherited the same affliction as her father – she created the word ‘countrysea’ for someone who lives in the countryside but near the sea.  Now there’s a ‘wow’ word if ever her teacher marked one.

(No. 2 in an occasional series in which I allow myself to be sentimental – or rather, more sentimental than usual – despite the inherent danger in these posts of attracting an audience who are I fear looking for something quite different; the first in the series has meant that A wild slim alien is more often visited for its scant information on alien eggs than anything else, and now I’ve gone and mentioned Doctor Who…)

7 thoughts on “I feel mango”