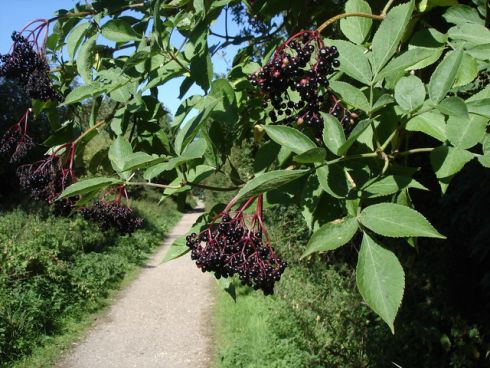 The house in which I did most of my growing was a rented cottage whose garden backed onto the arable farm on which I worked every holiday from the age of thirteen.  Next to this mini-terrace of three simple homes for labourers stood an apple orchard that wasn’t ours but whose fruit went unclaimed by the farm.  That has changed, like so much in this story of trees as the story of a life; but this time, perhaps, for the good.  Those apples now make the short trip to plates of salad and bowls of pudding served up in the restaurant housed in the barn in which my brother and I used to play.  Creosoted on the outside, powder dry timbers on the in, it was dark and dusty then, both qualities pierced by shafts of sunlight through cracks and holes where the timber had rotted.  A place of hide and seek, and later, of refuge.  Of wishing for a kiss there from the daughter of the housekeeper who worked for the Tory MP to whom the farm belonged.  We first met when my mother and I were put up in the MP’s Tudor house one snowy night.  One year older than me, the housekeeper’s daughter had sparkling eyes of Irish descent and full lips that before long she was painting bright red.  It was a boyish form of love at first sight.  We played Operation together by candlelight and in memory the moment is made up of her welcoming smile and eyes and the flames from the fire which burned in the hearth; a living room full of magical warmth on the coldest kind of night.

I never got to kiss those lips.

My brother and I had little except a bike each and the liberty of the endless expanse of fields stretching away in every direction.  That was ample, like the apples which grew in the orchard over which we had dominion, like the elderberries rooted in the same soil as the beams which kept the barns upright.  While the fruiting of the elders marked the end of summer, their flowering signalled the start of warmer weather, so longed for through the frost-hard winters when the windows of the unheated bedroom my brother and I shared would often ice over on the inside.  There were no valleys, no sheltered microclimates to soften the harshness of this flat farmland.

So the corymbs of flowers seemed little miracles when they appeared, miniature galaxies of white light; and at summer’s end the heavy black hanging clusters of tiny berries abundant reward for those who waited for and wanted them.  We’d taste their sour tartness, and talk of making them into cordial, or even wine.  And one year we did just that and spent a long time – but not so much in the way of winemaker’s art – creating our concoction.  Left in plastic Robinson’s barley water bottles for two weeks to ferment,  my mother poured the elderberry wine down the drain before the day of reckoning, more I think in fear that we would poison ourselves than get drunk at too tender an age.  I can’t remember being especially angry; I suppose I realised there was nothing to be done.  And perhaps the fact that the stuff looked poisonous made us less concerned at its loss.

Since then I’ve often wondered what that elderberry fizz would have tasted like.  We never tried again, having found easier ways to procure alcohol – like walking into the village shop aged fourteen and coming out with whatever we fancied, unchallenged.  That we fancied Cinzano Bianco is another story, one which puts any objections to the underage drinking choices of subsequent generations on very shaky ground.

Photo of common elder by Ian Cunliffe via Geograph.